What To Do With Leftover Marijuana Stems

Many users stick to smoking the most potent parts of their weed and leaving the leftover stems. After all, most of the cannabinoids and terpenes come from the buds and the stems aren’t as satisfying to smoke. However, although stems are lower in THC, there are still many great things you can do with leftover marijuana stems.

Make sure you never throw out your marijuana stems- they’re much more useful than you think. Not only can they be mixed into your next joint, but you can also make all kinds of other products with them including tea, kief, hash, and even some tasty marijuana edibles. Here’s a guide on what to do with leftover marijuana stems.

Arguably the best way to put your leftover marijuana stems to good use is to brew them into a potent marijuana tea. There are many ways to make marijuana tea, from using weed to simply infusing tea with THC Tincture. However, making marijuana tea with leftover stems is another fun method that works surprisingly well.

It’s best to collect your leftover marijuana stems until you end up with around half a cup. Once you’re ready, add a tea bag and half a cup of milk (coconut milk works especially well) to a pot along with 3 cups of water. Once the pot is boiling, add your marijuana stems and stir for around 10 minutes then remove it from the heat.

You can then strain this mixture into a cup using a cheesecloth or coffee filter to separate the liquid from your stems. You now have a delicious cup of marijuana tea. While it won’t be quite as potent as if you used weed, tea made with marijuana stems is still refreshing and can still give you great effects. You might want to add flavorings such as honey, lemon, and ginger to add an extra kick.

Another good way to make use of your leftover marijuana stems is to use them to make kief. Kief is a marijuana extract that’s made from the dried, broken down trichomes from your weed. You’ll often find that you end up with a nice collection of powdery kief at the bottom of your grinder after you’ve been grinding weed for a while, but you can also extract it from your stems.

Whenever you have leftover marijuana stems, break them down into small pieces and place them in a resealable plastic bag. Seal the bag and place it in the freezer. Whenever you have another batch of stems to add, shake the bag thoroughly and add your next load of stems.

The freezing temperatures cause the dried trichomes to break away from your marijuana stems, so after doing this for a while, you’ll find yourself with a nice collection of kief at the bottom of your bag. Once you’re satisfied with the amount you’ve accumulated, simply sift it into another container and you can then use your kief in a joint, bowl, or other ways for powerful effects.

While kief is one of the quickest and easiest concentrates to extract from marijuana, you might also want to try making Hash. Hash is a popular marijuana extract that’s known for its dark color and brick-like consistency. It also contains high levels of THC as it’s made by compressing the kief from your marijuana into a more concentrated form.

There are multiple ways to make Hash from your leftover marijuana stems. The easiest way is to rub the stems between your hands until you have a nice collection of resin on your fingers and palms. You can then simply scrape the resin away and press it into a block of finger Hash.

However, the best method is to make Bubble Hash with your marijuana stems. Freeze your leftover marijuana stems and, once you have enough, put them in a blender, and add plenty of ice along with enough water to cover your stems. Blend it and strain the mixture into a glass jar. After around 30 minutes, you’ll see trichomes forming at the bottom of the jar.

After that, you can filter out about three-quarters of the water and add more ice water to extract more Bubble Hash. Eventually, you’ll end up with a nice collection of Bubble Hash that you can then strain into a container and store for later use. This is a fantastic way to make use of your leftover stems and you’ll end up with some satisfying extracts.

You can also make handy cannabis butter with your leftover marijuana stems. It won’t be as powerful as regular weed butter, but it can still add a nice subtle kick of THC to all your favorite meals, snacks, and recipes.

It’s best to decarboxylate your stems first. You can do this by spreading them out on a baking tray lined with parchment paper and putting them in your oven at around 215°F. After 15 minutes, raise the temperature to 245°F and give them another 45 minutes. You can then take your stems out and grind them thoroughly.

Next, melt some butter in a pan on low heat and add your stems. It’s best to use a gram of butter for every gram of stems you use, but you’ll want at least around 3 grams for some decent cannabis butter. Cover your stems with the butter and let the mixture simmer for 15-30 minutes before straining it into a sealable glass container. Then, simply put the container in the fridge, leave it to harden, and your cannabis butter will be ready to use.

Marijuana stems are far from the most potent part of the plant and trying to smoke them will be uncomfortable. However, that doesn’t mean you should get rid of them. All of these methods offer fantastic ways to make sure you’re not wasting any of your marijuana, so give them a try next time you end up with some stems. For weed, concentrates, edibles, and more, buy online from Runtzshop.

Medical marijuana has dozens of clinical applications, for medical issues ranging from anxiety and stress-related mental health issues, all the way to glaucoma and cancer. We cater to both patients as well as recreational users. 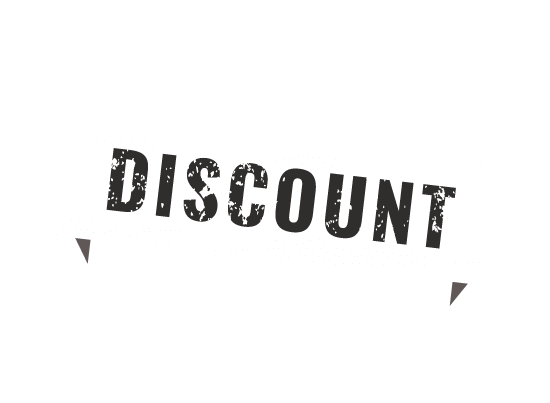